Daniel and his family love British Truck Racing, and last season one of the teams, “Smith Racing” posted on line asking for someone to sign write their trucks. As an idea, Daniel thought that this would be a great opportunity to get ‘The Studio’s’ name out there by designing and applying their graphics for them as a sponsor. After meeting the team and Tony Smith himself, Daniel & Amanda (The design team at The Studio) set to work in designing their truck. After showing our designs to Smith Racing team, they commissioned us to do the work. Earlier this year (In the freezing cold) we applied the graphics prior to their first race at Brands Hatch. 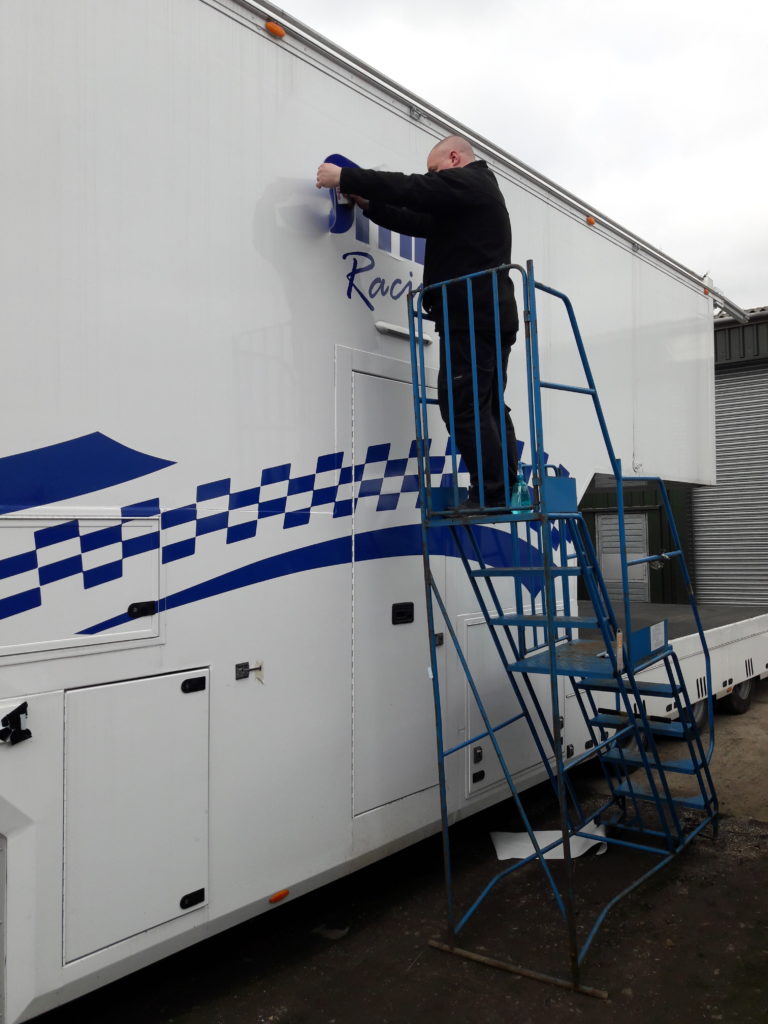 However, after some technical problems, they couldn’t race at Brands Hatch. But last weekend they managed to get out and race. Smith Racing travel all round the UK attending races with The Studio’s logo proudly on their race truck and their lorry, which transforms into their mobile pits and living quarters. 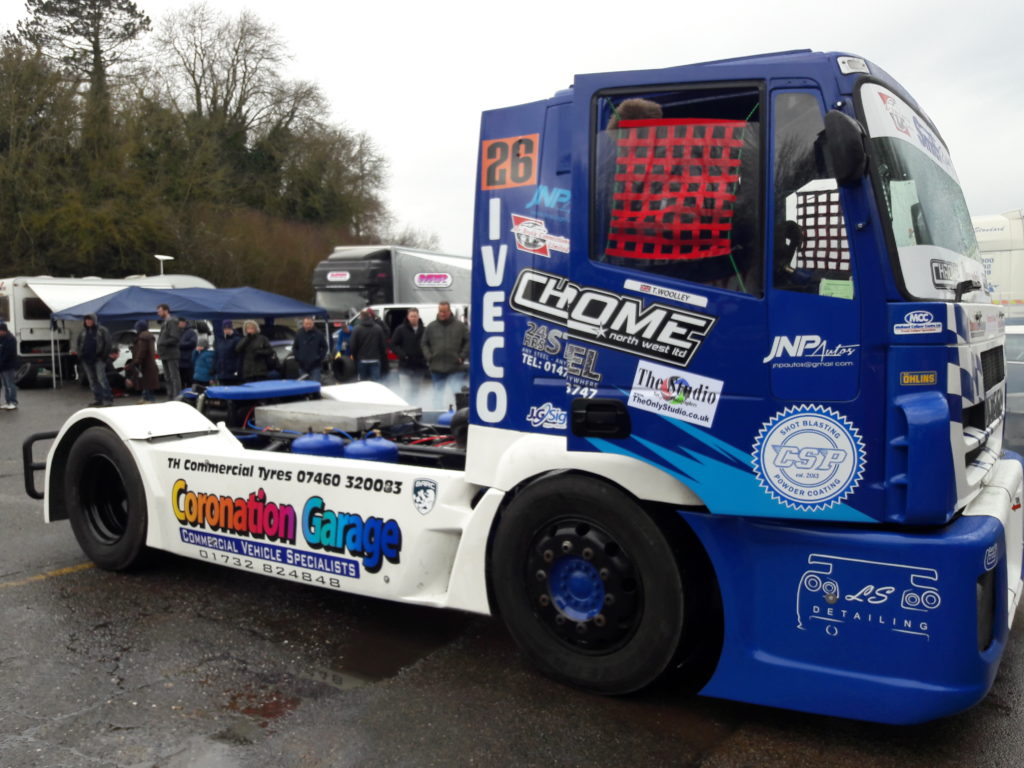 A bonus to supporting their team, Tony Smith could get Daniel and his Family into the Paddock for free to park next to the race circuit and watch the racing for the day. Keep an eye out as we are still going to be adding to the truck as the year goes on, with new sponsors and designs.